The Tainos were a big part of the Dominican Republic History.
But things changed when Christopher Columbus arrived... 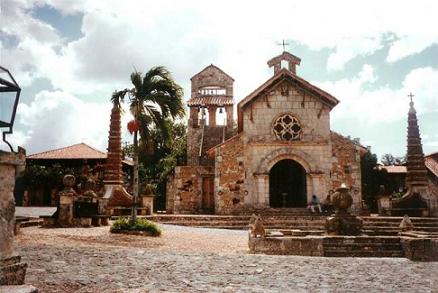 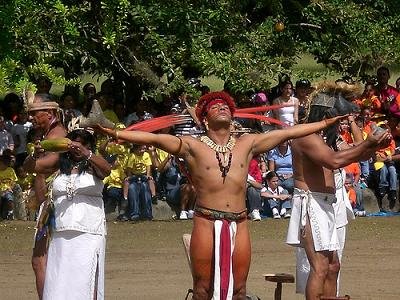 They used this name to separate themselves from the
more warlike Arawaks called The Caribs.

When Cristobal Colon (Spanish for Christopher Columbus)
arrived in 1492, he landed on the North Coast of the island.
He named this island La Española or Hispaniola. He also
called the indigenous people "Indians" because he thought
he had reached the east coast of India.

Looking for something about Domincan Republic History? 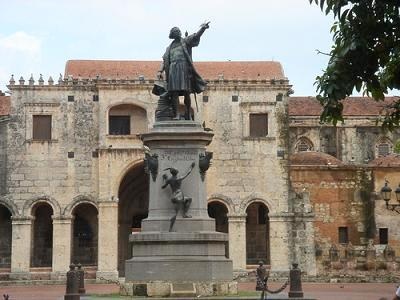 Soon after he started building a fortress. He noted in his journal:
“I have ordered a tower and fortress to be constructed and, a large cellar,
not because I believe there is any necessity on account of the natives,
I am certain the people I have with me could subjugate all this island …
as the population are naked and without arms and very cowardly."
He called this fortress La Navidad because it was founded on Christmas Day.

Cristobal Colon liked this island for its gold and the
convenient location. Also, the natives where mild-mannered
and easy to control. The Spanish wanted to convert
the Tainos to Christianity. They also enslaved many of
them under The Encomienda System.

The Encomienda System was a Spanish legal system that  allowed
the new settlers to force the indigenous people to work for them.

Although the Tainos were peaceful by nature they couldn't take the
abuse of their women and the hard labor they were made to endure.

So in 1495 they rebelled against the Spanish. But unfortunately the
Spanish defeated them. In this unfair Dominican Republic history
those Indians who didn't die fighting died from infectious diseases.
Diseases like smallpox and the flu brought on by the Europeans.
The Taino people had no immunity against these diseases.
Other causes of death were abuse, the break up of family,
starvation, enslavement, torture and even suicide.

As the Taino population started to disappear, the Spanish began
to bring slaves from Africa. By 1524, that is only 30 years after Christopher Columbus' arrival, the natives of Hispaniola were nearly wiped out.

Santo Domingo, the Dominican Republic's capital, was founded by Bartholomew Columbus, Christopher's brother, in 1496. The city has many historical sites. "El Alcazar de Colon" was built by Diego Colon (Cristobal Colon's son) in 1510. 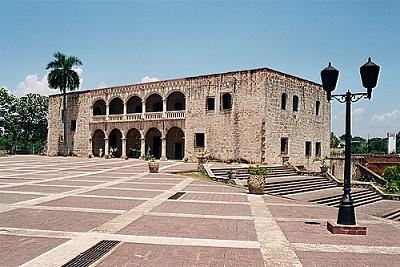 The Alcázar de Colón was the colonial palace of the Columbus
family, beginning with his son Diego. Now it is a museum
displaying period furniture and decorations. 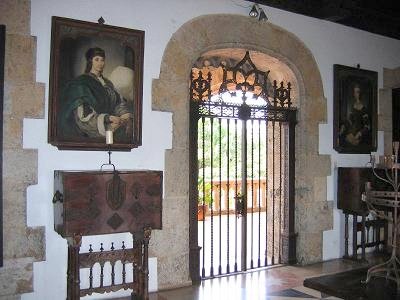 Santo Domingo counts with the first Catholic cathedral, the First
University and the very first hospital in the New World.

You can find most of these historical monuments in
Santo Domingo's Colonial Zone. Click here to see the map.

The Columbus Lighthouse (Faro a Colón in Spanish) is a monument
located in Santo Domingo in tribute to Christopher Columbus.
It is said that Columbus remains are in the mausoleum. 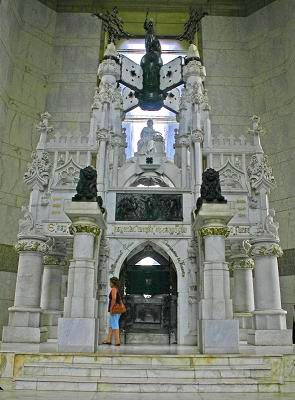 It was inaugurated in 1992 for the 500th anniversary of the Discovery of America. It was funded by the Latin American states and cost several million dollars. The monument is both a mausoleum and a museum. Its architecture is cross-shaped and represents the Christianization of America. 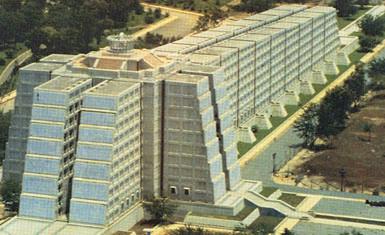 The monument is a sore and controversial subject in
Dominican Republic History. The lighthouse has 147 giant beams
projecting a cross of light 3,000 ft. into the Caribbean night
that can be seen from as far as Puerto Rico.

Have your say about what you just read! Leave me a comment in the box below.

All content (including text, photographs and video) is copyrighted.